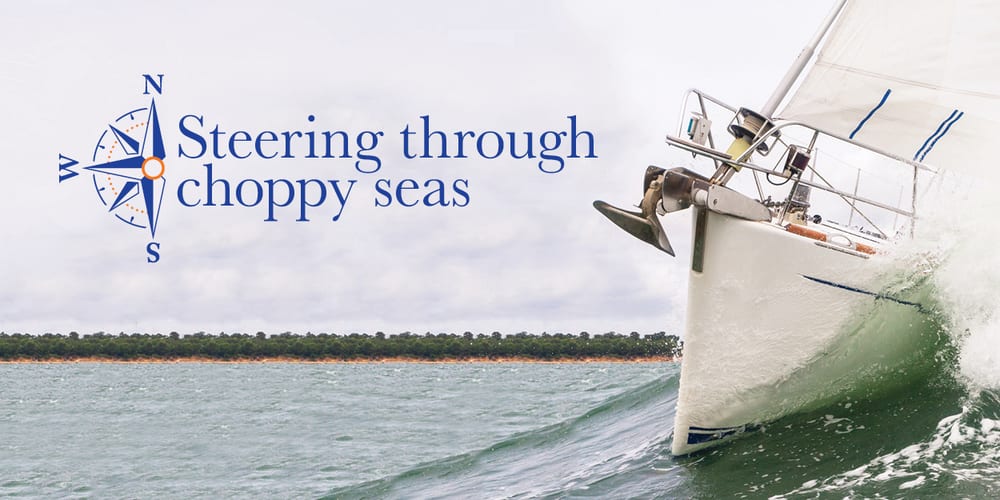 Like it or not, we live in interesting times. More than a decade after the Global Financial Crisis, the global economy is facing fresh headwinds creating uncertainty for policy makers and investors alike.

This time around it’s not a debt crisis, although debt levels are extremely high, but geopolitical instability.

The ongoing US-China trade war and Brexit confusion in Europe have increased market uncertainty and volatility and put a spoke in the wheel of global growth. The International Monetary Fund (IMF) forecasts global economic growth to ease to 3.0 per cent over 2019. It expects Australia to grow at 1.7 per cent. i

Against this backdrop, there has even been speculation that the Reserve Bank may need to resort to ‘unconventional measures’ such as negative interest rates and quantitative easing to boost growth. These measures have been widely used overseas but are foreign concepts to most Australians. So what are they?

Negative interest rates have been a feature of the global financial landscape since the GFC, in Japan and in Europe. European central banks charged banks to hold their deposits, encouraging them to lend out cash instead to kick start economic activity.

So far, the Reserve Bank hasn’t needed to wield the negative interest rate stick, but we are edging closer. The cash rate is at a record low of 0.75 per cent with further cuts expected.

The Reserve Bank has said it is unlikely to take rates below zero, especially now that the property market is showing signs of recovery and mortgage lending is on the rise. Taking interest rates too low could run the risk of igniting another property boom.

If negative rates are off the table, another way to bankroll economic growth is quantitative easing.

What is quantitative easing?

In the aftermath of the GFC, central banks in the US, Japan and Europe printed money to buy government bonds and other assets. By pumping cash into the system they hoped to boost economic activity.

There has been much debate about whether quantitative easing worked as intended. What it did do was reduce currency values and push investors into higher-risk assets such as shares and property in pursuit of better returns.

It has also increased global public and private debt to $200 trillion, or 225 per cent of global GDP. Until now, high debt levels have been supported by high asset prices. But when coupled with geopolitical and trade tensions, debt adds to the downward pressure on growth.ii

The slowdown in economic growth in Australia and elsewhere is reflected in falling bond rates.

A Danish bank has even offered 10-year mortgages at minus 0.5 per cent. iii

In recent months, yields on Australian government 3-year and 10-year bonds have dipped below 1 per cent, an indication that the market expects growth to slow over the next decade. 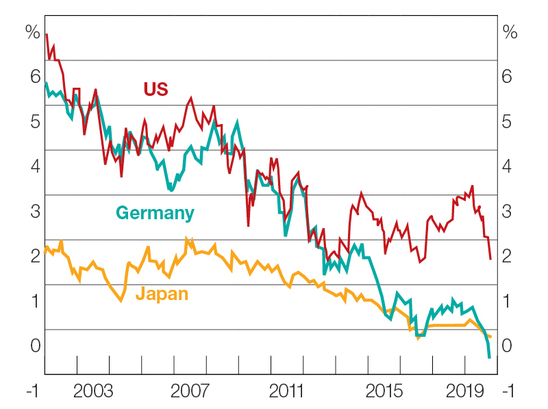 Falling bond yields have fuelled speculation that the government could issue bonds and use the proceeds to fund infrastructure spending or direct payments to households. This would effectively combine quantitative easing with more conventional government stimulus.iv

What does this mean for me?

It seems more than likely that bank deposit rates will stay low, and probably go even lower, for some time. That means investors seeking yield will continue to look to property and shares with sustainable dividends.

While the hunt for yield should support asset prices, it may not be plain sailing.

Trade wars, Brexit, high asset prices and slowing economic growth are creating a great deal of uncertainty. Each new twist and turn in trade talks sends markets up in relief or down in disappointment.

After a decade of positive returns, and average annual returns of 7 per cent from their superannuation funds, investors may need to trim their expectations.

Time to plan ahead

If retirement is still a long way off, you can afford to ride out short-term market fluctuations. Even so, it’s important to make sure you are comfortable with the level of risk and investment mix in your portfolio.

If you are close to retirement or already there, you need to have enough cash or ready income to fund your pension needs without having to sell assets during a period of market weakness. For the balance of your portfolio, you need a mix of investments that will allow you to sleep at night but still provide growth for the decades ahead. When markets recover, you want to catch the upswing.

Successful investing requires patience but also adaptability. If you would like to discuss your overall portfolio in the light of market developments, give us a call.